Fullerton Hotel is geographically located at latitude 1° 17' 9" North of the Equator and longitude 103° 51' 11" East of the Prime Meridian on the Map of Singapore. Fullerton Hotel overlooking the Singapore River, was the former General Post Office building is transformed into one of the 5-star hotel. Fullerton building which was built in 1928, its rich heritage and neo-classical architecture. Fullerton Building was named after Sir Robert Fullerton, the first governor of the Straits Settlement of Singapore. With its distinguished Doric columns and monumental porte cocheres, The Fullerton Singapore represents the height of Palladian architecture in Singapore. The Fullerton Building was designed by the Shanghai-based architectural firm of Keys & Dowdeswell and is an example of a neo-classical colonial government building, distinguished by tall Doric columns. An interesting fact the Fullerton Building roof sits the original landmark Lighthouse, which was used in the old days to guide all ships approaching the Singapore harbour. It is by Esplanade Foot Path, near Boat Quay, near Fullerton Road, near Battery Road, near Esplanade Drive. The following locations related to it are represented by the an airplane flight paths route between two points and may not be nearest by road. 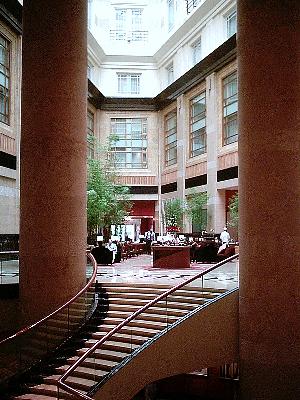 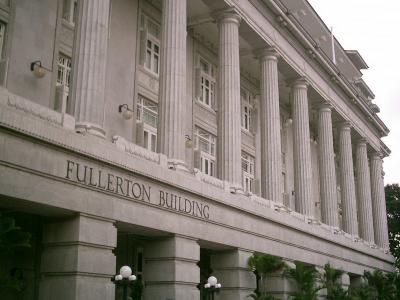 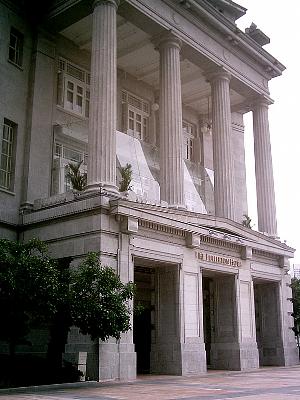 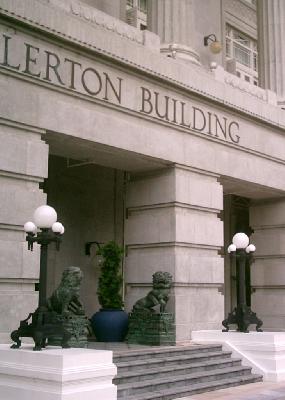 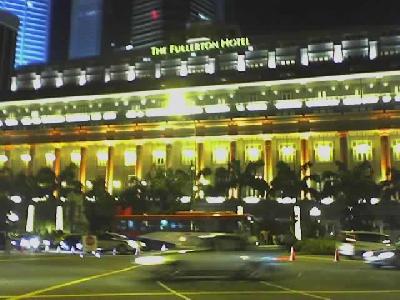