Sarimbun Battle Site is geographically located at latitude 1° 26' 11" North of the Equator and longitude 103° 41' 56" East of the Prime Meridian on the Map of Singapore. Sarimbun Battle Site - In 1942, the artillery barrages were intensified as the Japanese army prepared to land at Sarimbun. Protected by heavy artillery fire, Japanese soldiers from the 5th and 18th Division crossed the Johore Strait in a fleet of small boats and successfully landed at Sarimbun around midnight on 8 February 1942. In the battle that ensued at Sarimbun, the British were ill-equipped to deal with the assault force. The defended posts were widely separated and there were insufficient local reserves available for immediate counter-attack. The 22nd Australian Brigade entrusted with the defence of the front where the landing took place was given an impossible task. By 9 February, the Japanese had overrun this brigade and made their way to Tengah airfield. The invasion of Singapore exposed the weaknesses of the defending British forces and serves as a reminder that we must, ourselves, be responsible for Singapore's security and well-being. It is by Jalan Bahtera, near Jalan Bahtera, near Perahu Road, near Lim Chu Kang Road, near Lim Chu Kang Lane 6. The following locations related to it are represented by the line of sight between two points and may not be nearest by road.

Max Koi Fish Farm is about 3km, Nyee Phoe Flower Garden is about 3.3km, Kompleks Mawar is about 5.5km, Festival Street Mall is about 5.6km, Giant Nusa Bestari is about 6.4km. These are places to shop (shopping mall, shop houses) located near Sarimbun Battle Site.

SK Sungai Melayu is about 1.8km, SK Taman Perling 3 is about 4.9km, Maktab Sultan Abu Bakar English College is about 5.3km, SK Tambatan is about 5.4km, SMK Taman Perling 1 is about 5.5km. These are places of learning (school, college, university) located near Sarimbun Battle Site.

Lim Chu Kang Jetty is about 1.4km, Sungei Buloh Nature Reserve is about 3.5km, Kranji Nature Trail is about 3.6km, Open Field near Kranji Dam is about 4.1km, Kranji Way Park is about 4.3km. These are parks, playgrounds, open fields or commons located near Sarimbun Battle Site. 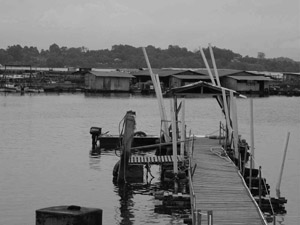 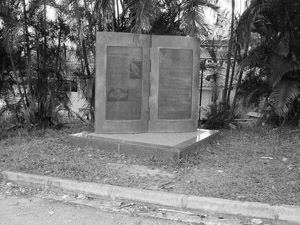 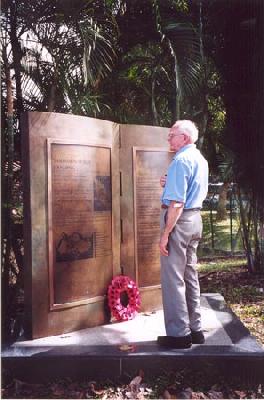 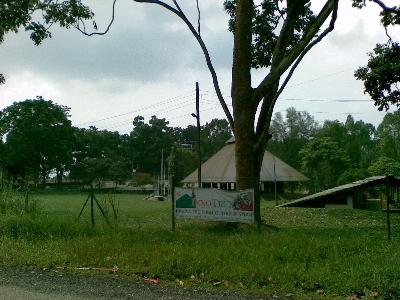 Scout Camp is about 68 Steps away. 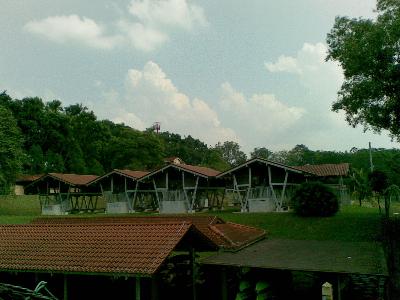 MOE Jalan Bahtera Adventure Centre is about 89 Steps away.