Pulau Bukom Shell refinery was engulfed in a huge fire. It took the Singapore Civil Defence Force (SCDF) and oil company Shell more than two days (32 hours) to extinguish it.

In a statement, the Government Of Singapore said part of the preparation work involved the draining of residual oil in a pipeline and removing it by means of a suction truck. The fire subsequently spread and escalated into a major fire within the pump house area. 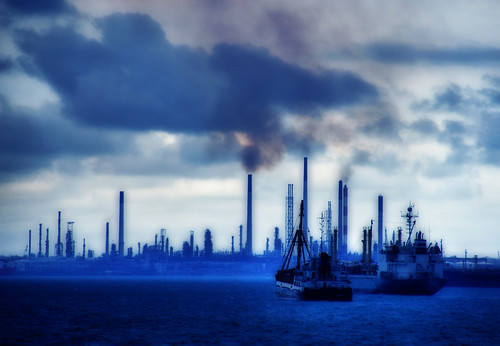 Photo Credit: Flickr (The smoke observed is from hydrocarbons not fully combusted).

Other precautionary measurestaken include the monitoring of the air quality around Pulau Bukom four times a day, shutting down neighbouring units within the vicinity of the fire, and isolating the lines and cooling the tanks in the area to prevent entry of any fresh hydrocarbons.