The Boeing Company completed its first flight of the new Republic of Singapore Air Force (RSAF) new F-15SG from Lambert International Airport in St. Louis. The F-15SG is a variant of the highly capable, combat-proven F-15E. According to Boeing spokeperson, the rollout of F-15SG1 is on schedule and demonstrates that Boeing is off to a great start as the RSAF builds to a procurement of 24 F-15SG aircraft. The aircraft now will undergo a one-year flight test program to confirm aircraft performance. Flight testing will take place at Boeing facilities in St. Louis and in Palmdale, Calif. F-15SG production deliveries will begin in the second quarter of 2009. The final aircraft in this procurement will be delivered to the RSAF in 2012. The capabilities of the F-15SG are a blend of speed, power and agility - a combination that makes the aircraft the ultimate multirole fighter, versatile in all missions.

Singapore selected the General Electric F110-GE-129 which was rated at 29,000 pounds thrust. The F110 engine was conceived as an alternative to the Pratt & Whitney F100, the GE F110 is designed to provide significantly higher performance, greatly improved reliability, and sharply reduced operation and support costs. 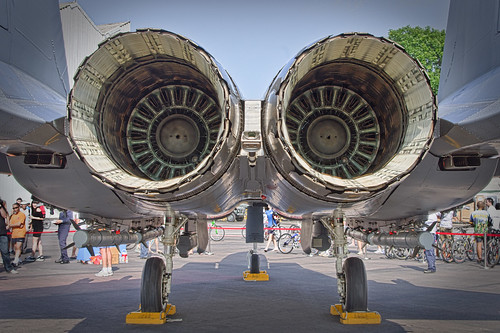