A Republic of Singapore Air Force (RSAF 120 Squadron) Apache AH-64 helicopter from Sembawang Air Base made an emergency landing in an open field next to Seagate Woodlands Building. According to the Ministry of Defence (MINDEF), the helicopter was on a routine flight when it encountered engine problems and the two pilots chose an open field to crash land it.

The 30 Million Dollars Apache Helicopter was seen circling around the the field, then started descending at a 35 degree angle, hit the ground, the tail snapped, the body section skidded forward another 100 meters.  A minute later, both the pilot got out the craft and then walk around the debris. They were unhurt, and there was no damage to public property. The incident prompted the RSAF suspended all training for its fleet of Apache and Seahawk helicopters as a precautionary measure as they uses the same type engine GE-700 from General Electric Company pending the outcome of the investigation. 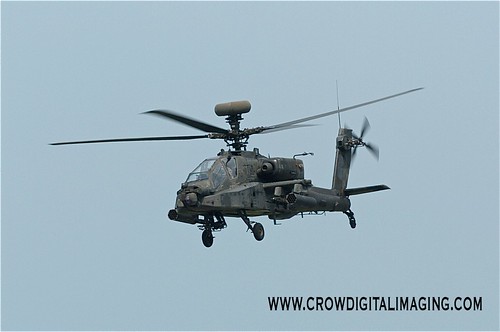