The Singapore High Court has awarded six-figure sums to both Prime Minister Lee Hsien Loong and his father, Minister Mentor Lee Kuan Yew, in their libel case against the Singapore Democratic Party and its leaders. The Judge came to the conclusion that a fair and reasonable figure for damages was S$500,000 for Mr Lee Hsien Loong and S$450,000 to his father for defamatory remarks which appeared in an SDP publication during the 2006 General Election. The Judge said the amount was commensurate with and proportionate to the gravity of the libel and the "egregious behaviour" of the defendants Dr. Chee Soon Juan and his sister, Chee Siok Chin.

One man's loss is another man's gain - the zero sum game. 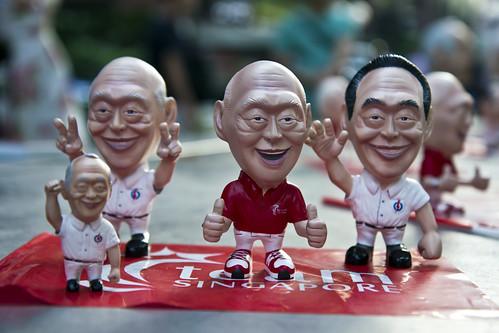