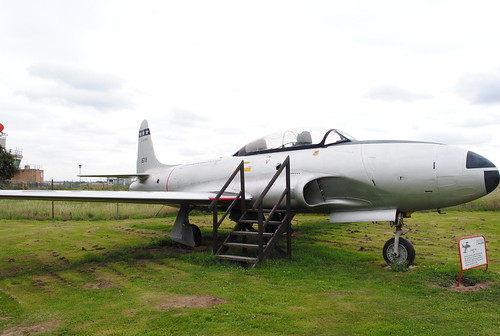 In 1979, Singapore Government purchased twenty ex-Armee de l'Air (French Air Force) T-33 aircraft. The Lockheed T-33 Shooting Star is an American-built jet trainer aircraft. It was produced by Lockheed and sold to the French Air Force in the 1960s.

The Lockheed T-33 Shooting Star (or T-Bird) is an American jet trainer aircraft. It was produced by Lockheed and made its first flight in 1948. Nearly 7,000 T33 were built between 1948 and 1959. The two-place T-33 proved suitable as an advanced jet trainer. Powered by an Allison J33-A-35 centrifugal compressor turbojet.