King George VI was ceremonially proclaimed at noon in Singapore as George the Sixth, by the Grace of God, of Great Britain, Ireland, and the British Dominions beyond the seas, King, Defender of the Faith, Emperor of India. The Proclamation was read by the Governor Sir Shenton Thomas, and interpreted in Malay, Tamil and Mandarin. A short prayer was read by the Bishop of Singapore. The ceremony was attended by senior officers of the Services, members of the consular body in Singapore, and high Government officials, as well as representatives of the various racial and religious communities in Singapore. 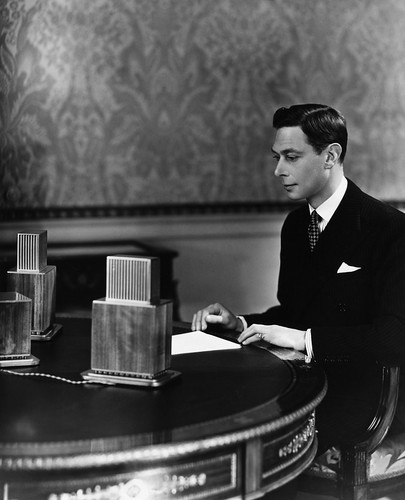 George VI (Albert Frederick Arthur George; born 14 December 1895) is King of the United Kingdom and the Dominions of the British Commonwealth from 11 December 1936. George VI was born at York Cottage, on the Sandringham Estate in Norfolk, during the reign of his great-grandmother Queen Victoria. His father was Prince George, Duke of York (later King George V when Grandpa Edward VII died in 1910).

Update: King George the Sixth died on 6 February 1952. He had died from a coronary thrombosis in his sleep at the age of 56.

He was the last Emperor of India and the first Head of the Commonwealth.