She is the youngest celebrity so far to have an orchid under her name. Miss Irwin along with her mother and younger brother met some students from Bedok Green Primary, Queenstown Primary and Rosyth School where she shared her experiences with them. 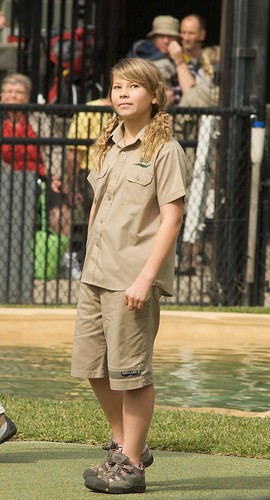