Singapore will buy 120 missiles at the cost of about SGD $300 Million (USD $246 million). The sale will include 100 AIM-120C7 Advanced Medium Range Air-to-Air Missiles (AMRAAM) and 20 AIM-9X-2 Sidewinder Block II All Up Round Missiles. These missiles can be carried on any Singapore's 24 F-15SGs Jets for counter-piracy and counterterrorism roles. 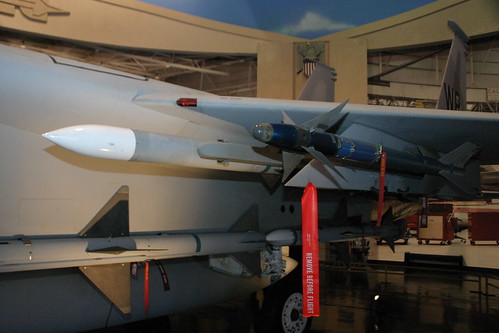 The AIM-120 AMRAAM is a medium-range, air-to-air missile. The AIM-120 missile is faster, smaller and lighter than its predecessor the AIM-7 Sparrow medium-range missile and also has improved capabilities against low-altitude targets. AMRAAM incorporates active radar seeker with mid-course inertial navigation making it less dependent on aircraft's fire control radar. That capability enables simultaneous AMRAAM launching against different targets. For better performance AMRAAM can receive target location updates from the radar system of the launch aircraft. It has a blast fragmentation warhead detonated by a proximity fuse. Each AIM-120 AMRAAM costed about USD$1.2 Million (SGD $1.5 Million).

The AIM-9 Sidewinder is an infrared homing, short-range, air-to-air missile carried by fighter aircraft and gunship helicopters. The AIM-9X Sidewinder, developed by Raytheon. A pilot can point the AIM-9X missile's seeker and "lock on" by simply looking at a target, thereby increasing air combat effectiveness. Each AIM-9 Sidewinder costed about USD $850,000 (SGD $1 Million).

The manufacturer of missiles usually takes the responsibility for safety and function only during an initial period of 10-15 years. It's mainly because propellants and explosives loose their chemical properties over time-even if properly stored and maintained. During this period, the missiles are subjected to certain tests and selected parts are replaced. Also, missile electronics have a short life, especially if used in captive flight. So, apart from the expiry date (shelf life) there is a limited number of flight hours for each piece of ammunition. Some missile can take only 200 hours of captive flight, followed by another 100 if it goes trough a refurbishment process.