The law professor of National University of Singapore (NUS), Tey Tsun Hang (Age 42), implicated in the sex-for-grades case has been found guilty of corruption after a trial that lasted for five months, from January to May. Prof Tey was convicted of six counts of corruptly obtaining sexual gratification in the form of gifts and sex from Ms. Darinne Ko Wen Hui, in return for giving her better grades between May and July 2010.

Undergraduate, Ms Ko (Age 23), showered Tey with gifts of love and sexual affection. Tey had taken advantage of his student and his relationship with Ms Ko. Besides multiple round of sexual gratification, Ko also gave Tey a Mont Blanc pen worth S$740, tailor-made shirts and also paid his bills amounting to almost S$1,300. Prof Tey is alleged to have given her better grades in return. For his misdeed, Prof Tey will have to spend 5 months in jail. Tey maybe jailed up to five years and fined up to S$100,000 on each charge of the six charges.

Prof Tey was fired from his job at NUS after he was found guilty of corruption by a court. In a statement, NUS said under the terms and conditions of his appointment at NUS, termination may be effected without prior notice and without payment of any compensation should Tey be convicted by a court of law of any crime. The university may also exercise its rights of the dismissal should Tey be guilty of misconduct or gross impropriety as spelt out in the terms and conditions of his appointment.

Ms. Darinne Ko Wen Hui was from a top junior college in Singapore, Raffles Junior College (RJC), where after obtaining excellent grades for her "A" level results in RJC, she applied to NUS Law School and was accepted to study Law in 2008. She supposedly graduated in 2012 with the Law degree. She spent 1 year studying at the Duke University School of Law in her third year of studies. During her studies, she was also accepted as an intern working in the large local law firm Rajah & Tann LLP (one of the ‘big 4′ local law firms in Singapore) and well-known international law firm O’Melveny & Myers. 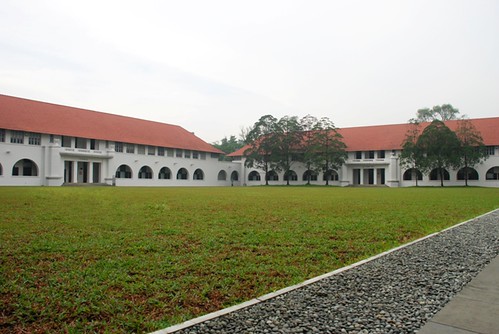