The Republic of Singapore Air Force (RSAF) has entered into service twelve new Pilatus PC-21 aircraft trainers at its flying training school running the Basic Wing Course (BWC) in Pearce, Australia. The latest aircraft trainer will replace the SIAI-Marchetti S.211 which has been the RSAF's basic trainer for the last 24 years. The new aircraft trainer allows pilot trainees to build a strong foundation in flying fundamentals and makes it easier for the RSAF to better evaluate their performance. It also helps the RSAF identify those with fighter flying aptitude early. 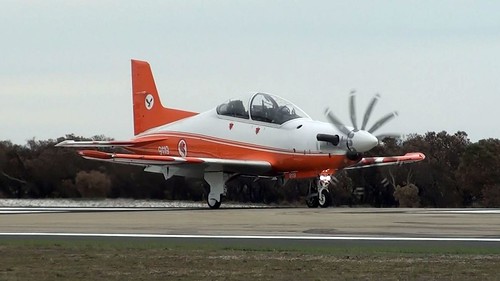 In Pearce, RSAF has also adopted an outsourcing programme which has increased cost effectiveness. Under a contract awarded through the MINDEF Public-Private Partnership (PPP), Lockheed Martin has been providing the RSAF with a training package using the PC-21 trainer aircraft. They also supply and maintain the fleet of PC-21 trainer aircraft and a suite of ground-based training systems.