People’s Action’s Party (PAP) retained power after one of the most fiercely fought election battles in the nation’s post-independence history. Photo taken of two political rallies on different day but same location and time of the night. 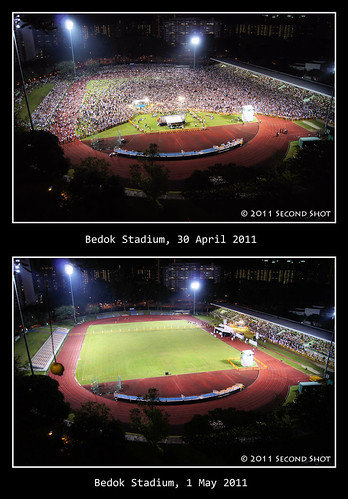