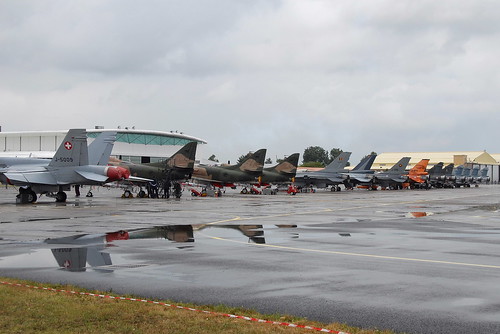 The RSAF's AJT detachment currently flying the A/TA-4SU Super Skyhawks of the RSAF's 150 Squadron, has been based at Cazaux since 1998. The Super Skyhawks will be replaced by twelve Alenia Aermacchi M-346 Master jet trainers which was ordered in 2010, with deliveries from the manufacturer expected to start later in 2012. Defense contractor Singapore Technologies Aerospace will oversee RSAF's M-346 training program.