Earlier in 1999, the RSAF signed a contract with British Aerospace(BAe) Flight Training Australia, allowing the company to take over initial screening and testing of potential RSAF pilots. The new 6 weeks Air Grading Course (AGC) is held at Tamworth in New South Wales, Australia using CT-4B Airtourers. The detachment in Tamworth, Australia, tests RSAF pilots at the Air Grading Centre. This is vital in the selection process as only candidates who show good air sense will be shortlisted for further flying training at RSAF Flying Training School in Pearce (Western Australia). 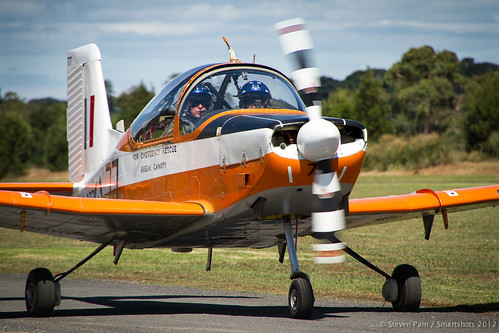 Tamworth, approximately half-way between the cities of Sydney and Brisbane, provides an excellent flying environment, good training airspace and perfect weather for flying training. Ten RSAF Qualified Flying Instructors and their families have been based in Tamworth Australia.

Update: This move has resulted in the current fleet of SIAI-Marchetti SF.260 being surplus and the SF.260s were held in storage for a while before 19 were donated to the Indonesian Government in late 2000 as part of a goodwill gesture for the Indonesian governments continuing support for the RSAF’s usage of Indonesian airspace and the Air Combat Manoeuvring and Instrumentation(ACMI) range at Pekan Baru in Sumatra, Indonesia for training by RSAF pilots.