UK Prince William and his wife Catherine, aka Duke and Duchess of Cambridge, unveiled the first plane jet engine to be produced by Rolls-Royce at its new factory in Seletar, Singapore. The royal couple introduced the Trent 900 jet which powers the Airbus A380. The Rolls-Royce facility was built at a cost of S$700 million and employs some 500 people with the Asia-Pacific region now the world's fastest-growing aviation market. The young royals are touring the globe this year as part of celebrations marking the 60-year reign of William's grandmother Queen Elizabeth II.

Rolls-Royce Engines are used by some of the biggest aircraft in th world. 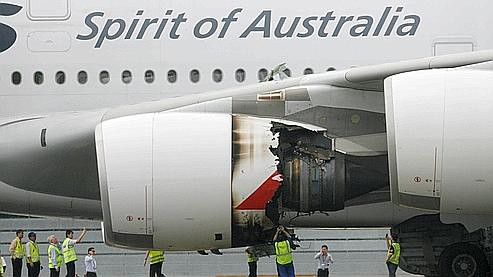