In the words of Singapore ex-Prime Minister "driving around and then going into the pits; after that, changing the tyres and revving out again ... makes no sense to me." He said he could not understand the allure of such events. For the next 3 days, Singaporeans and Foreigners alike will have to bear with the noise of these loud machines and massive traffic jams into and out of the city due to traffic diversions. This is the fifth time the annual event was held in Singapore, the first event was held in 2008. And currently the it is under review as to whether Singapore is to hold the event for the next five years. Many questioned the logic as to why should Singapore pump one hundred million dollars of tax payer money to see millionaires driving around in a contraption that looked more like a bathtub on over-sized wheels. And in a sport that is accessible to a small group of elite. On top of that, Singapore is said to pay an annual fee of nearly $50 million to host the event. So it is a a massive all-round waste of money which would have gone to support other more meaningful sports. 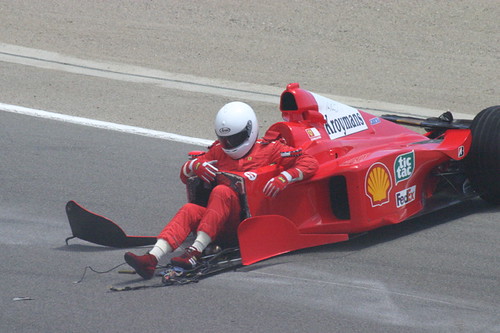 Update: Singapore Government decided to spend more money for the next 5 years. So it is good news for Petrolheads. So lets get ready to burn more rubbers, fuel and $$$.