At around 10pm, a riot was started by an angry mob along Race Course Road in Little India. The rioting mob is consist of mainly foreign imported workers overturned police cars and then set them on fire. The riot began shortly after a 33-year-old worker from India was ran over by a private bus operated by BT&Tan Bus Transport Service. The accident happened at around 9.20pm at the junction of Tekka Lane and Race Course Road. Emotional people that witness the accident started hitting the windshield of a bus with sticks and garbage bins. The first responders to the accident, believed to be extricating the accident victim, were verbally abused by the crowd which later turned to a full blown riot. The first responders which included medical staff, fire fighters and police officers were seen running away from the accident scene after being stoned and chased by the rioters. About 30 minutes into the incident, three busloads of riot police where dispatched to contain the situation.

Final tally - 16 officers, the bus driver and the bus conductor were injured. Of the 400 rioters, 27 suspects were arrested by the police. Police said the riot was not premeditated and have classified the case as one of "rioting with dangerous weapons". If convicted, they faces up to seven years in prison plus caning.

It has been nearly 45 years since Singapore witnessed a riot of this extent. 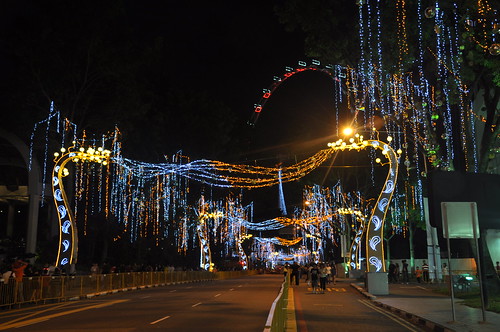