After four decades of service, Singapore Airlines bids farewell to the last of its Boeing 747 fleet on Good Friday. Singapore Airlines (SIA) held special return flights from Singapore to Hong Kong to commemorate the aircraft's retirement. In 1973, SIA received delivery of the first two Boeing 747s. In 2003 at its peak, it had 51 Boeing 747 aircrafts. The worst time for SIA 747 was when SQ006 crashed in Taipei in 2000. 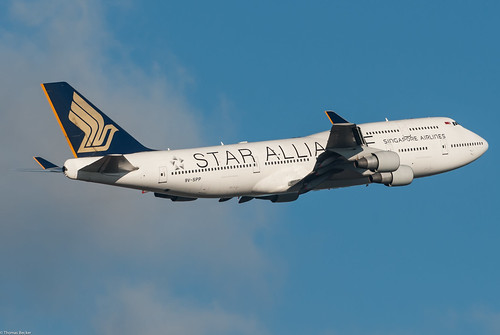 More than 350 commercial passengers and staff, media and other invited guests flew on the final flight of the last SIA Boeing 747. The aircraft, through almost 40 years of service, played a pivotal role in shaping SIA into the airline it is today. A gong, a song and a dance to bid farewell to the last 747 for Singapore Airlines. Retiring the Boeing 747 fleet is good for Singapore Airline's (SIA) bottom line. The newer and more efficient fleet could help steer the airline away from current cost pressures. Rising fuel costs, a decline in premium passenger numbers and competition pressures have placed a heavy squeeze on SIA's yields.