The Elections Department declared the by-election was won by Workers Party (WP). Two parties, the ruling PAP and the WP, fought for the vacated seat. 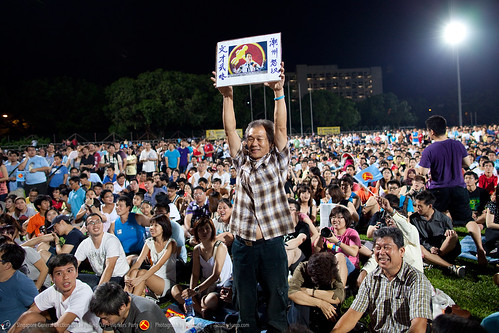 Zeng’s intention to contest in the Hougang by-election was ridiculed by most, who predict he will lose his deposit. Mr. Zeng, a self proclaimed PAP supporter, is in only to spoil the opposition votes.

On Nomination day, only PAP's Desmond Choo and WP's Png Eng Huat was approved for the 26 May 2012 Hougang by-election. Acupuncturist Mr Zeng Guoyuan was disqualified from standing as candidate and Dr Poh Lee Guan failed to file his papers on time.